Geneseeq is a cancer diagnostics company that provides treatment solutions based on comprehensive, systematic analysis of patients’ genomic mutations. The company mission is to bring precision care to cancer patients through a combination of next generation sequencing (NGS) and an up-to-date cancer knowledge base. As of March 2014, the company had guided treatment decisions for approximately 300 patients.

Geneseeq was founded in 2008 by a group of postdoctoral researchers from University of Toronto, Canada, and Stanford University, CA, USA. Geneseeq headquarters and R&D team are based in the MaRS Discovery District in Toronto. The bioinformatics department is located in Stanford University. In 2013, the company’s Asia office was established in Nanjing, China, and is now Geneseeq’s largest facility, with 10,000 ft2 lab space and 15 scientists.

The founding members of Geneseeq were IDT customers during their graduate research studies, and they have continued using IDT products since forming the company. The products they have used range from primers for PCR and long DNA fragments to, more recently, NGS xGen® Lockdown® Probes and xGen Blocking Oligos for target capture. Geneseeq scientists use these target capture probes to sequence specific regions of the cancer genome. The resulting data helps clinicians make informed decisions about which therapies are suitable for individual patients, what is known as “personalized medicine”.

The clinical diagnostics field recognizes that there are only several hundred genes in the human genome that can be targeted for cancer treatment. The current trend is to selectively sequence these actionable genes. Methods for isolating these genes from the entire genome have, until recently, been challenging. The scientists at Geneseeq have used both solid phase–based array methods (e.g., Roche NimbleGen SeqCap®), and solution-based probe methods (e.g., Agilent SureSelect® and Illumina TruSeq®). They settled on xGen Lockdown Probes from IDT because these probes offer unique advantages that other kits do not:

Geneseeq was an early adopter of xGen Lockdown Probes and undertook protocol optimization over the first year and a half of use. They tried different hybridization buffers and temperatures, and compared different blocking oligonucleotide sequences. The scientists also tested a variety of sample types: formalin-fixed, paraffin-embedded (FFPE), fresh and frozen tissue, and blood.

Most cancer specimens are formalin-fixed and paraffin-embedded (FFPE), a process that causes varying degrees of DNA damage, depending on the pathology processing protocol and the age of the sample. Typically, FFPE samples are notorious for yielding low quantity and quality nucleic acid, resulting in less effective library construction and low PCR efficiency during library amplification.

Important considerations for working with FFPE tissue are:

This is critical because the efficiency of PCR is different when using DNA isolated from FFPE samples than when the DNA comes from blood/tissue samples. To attain the desired coverage for every sample within a multiplex pool, it is important that library input from different sources be adjusted to overcome any difference in PCR efficiency during post-capture amplification.

Geneseeq scientists have developed sophisticated guidelines for working with FFPE samples to ensure uniformity of coverage and consistent quality across samples. In their experience, xylene works best for dissolving paraffin in FFPE tissue sections. They also heat samples at 90°C for 1 hr after proteinase K digestion. This step helps to reverse formaldehyde modification of nucleic acids. Commercial DNA repair kits also help to improve library quality. At Geneseeq, the researchers use PreCR® Repair Mix (NEB) to repair a broad range of DNA damage, including mutations and PCR-blocking modifications.

Choice of hybridization and wash buffer

In initial experiments, Geneseeq scientists used an IDT xGen Target Capture Protocol that included a 48-hour hybridization step. However, they discovered that SSC in the post-capture wash buffer inhibited subsequent on-bead PCR amplification. The researchers then tried an updated IDT protocol which incorporated a 4-hour hybridization at 47°C using the SeqCap® EZ Hybridization and Wash Kit (NimbleGen). They optimized target capture by comparing data obtained from hybridization at different temperatures and found that hybridization at 65°C resulted in greater enrichment for genes of interest (Figure 1).

To minimize loss of captured DNA during elution and purification steps, and to shorten the duration of steps before actual sequencing, they also performed on-bead, post-capture PCR amplification. On-bead PCR was not inhibited by the presence of residual wash buffer when the SeqCap wash kit was used. Additionally, similar or greater enrichment of target genes was obtained for on-bead PCR than for PCR performed after elution (Figure 2).

For negative controls, Geneseeq scientists use genes, ACTB (β-actin) and GAPDH, not included in their target enrichment panels. The researchers were very impressed with the performance of the xGen Lockdown Probes. They found that immediately after library preparation, they were able to detect the negative controls by qPCR, but after enrichment with xGen Lockdown Probes, when combined with Universal Blocking Oligos and with use of the xGen Rapid Capture Protocol, there was no trace of these amplicons (Figure 4). This demonstrated how effectively the negative controls were depleted by enrichment and indicated that the off-target rate is low.

IDT xGen Lockdown Probes are individually assessed by mass spectrometry for QC. Geneseeq researchers found that use of these probes, together with the optimized target capture protocol, allowed them to achieve >80% on-target rate with very high uniformity of coverage for different genes. The researchers compared xGen Lockdown Probes to other commercially available target capture reagents and discovered that panels comprising Lockdown Probes combined in a 1:1 molar ratio delivered, on average, ~40% better enrichment efficiency compared to the other reagents.

Initially, the scientists used the SOLiD sequencing system (Applied Biosystems). However, since 2010, they have been using Illumina sequencing platforms, starting with the HiSeq® 2000 instrument, and now the HiSeq® 2500 instrument for sequencing larger genomes, such as the human exome. For clinical assays, the scientists use the MiSeq® system. They have chosen to use the MiSeq system, rather than HiSeq, because the former provides sufficient throughput for their gene panel and produces higher quality sequencing data with longer read lengths in a short period of time. Furthermore, the MiSeq System is the first and only NGS system for in vitro diagnostics approved by the US Food and Drug Administration (FDA). More recently, Geneseeq has been investigating the new NextSeq® 500 system (Illumina) that allows higher throughput and the flexibility to fulfill their growing clinical diagnostics needs.

From R&D to clinical diagnostics

Geneseeq scientists use xGen Lockdown Probes for both research and product development in their labs in Toronto and Stanford. The optimized probe sets and protocols are then used by their clinical diagnostics service lab in Nanjin, to serve the Asian market. They have tested >300 patients in the last year and are following the progress of some of these patients for whom the tests suggested a particular targeted therapy. By accumulating diagnosis and treatment information from large patient numbers, the Geneseeq scientists are generating sufficient data to provide statistical significance to their tests in clinical practice. 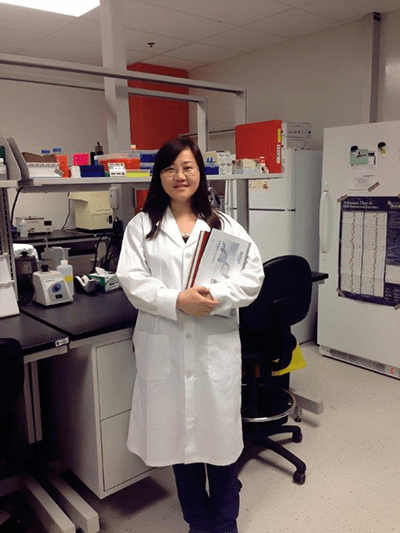 Xue Wu is a molecular biologist with specialization in signal transduction and cancer biology. She obtained her bachelor’s degree in biological sciences in China and a master’s degree from Dalhousie University, Halifax, Canada, where she investigated molecular mechanisms of mammary gland development and tumorigenesis. Subsequently, she worked at Atlantic Research Centre, Halifax, as a research assistant, studying colorectal cancer. She obtained her PhD from the University of Toronto, studying the molecular pathogenesis of human genetic syndromes caused by germline mutations. Her postdoctoral training was at the Ontario Cancer Institute, Canada, where she studied functional genomics and epigenomics of different cancers, including medulloblastoma, triple negative breast cancer, and lung cancer drug resistance. She has publications in several high impact journals. 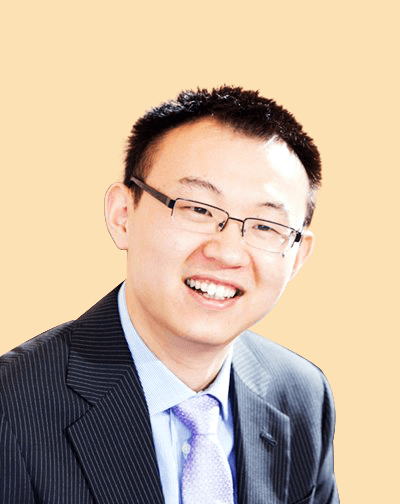 Yang Shao is a cancer biologist and bioinformatician. He received his bachelor’s degree in immunology and biochemistry from the University of Toronto, Canada, and has been working on cancer driver gene discovery and diagnostics since 2006. Yang Shao began studying cancer genomics early in his research career, using whole genome landscape profiling methods, initially SNP and gene expression arrays, and since 2008, next generation sequencing methods. Together with other colleagues, he founded Geneseeq in 2008. He has publications in several peer reviewed journals and is a contributing author to chapters in several cancer biology textbooks. His main interest is in accelerating the use of NGS in the clinic to increase societal benefit to patients.

Designs for use with Illumina and Ion Torrent barcoded adapters.